At 900s, the whole casting system is completely solidified, and the metal temperature in runner is obviously higher than that in other parts, as shown in Fig. 6d.

It can be seen that, because of the heat preservation effect of the sand sleeve, the metal liquid in the runner solidifies relatively late, by which time the surrounding parts have already solidified, and the metal liquid in the runner has played a feeding role. In summary, by simulating the solidification temperature field of the cast ball, it is found that the shrinkage cavity and porosity defect appear in the runner, and the shrinkage cavity defect does not appear in the cast ball, but in the actual production, the casting defect does exist in the runner. 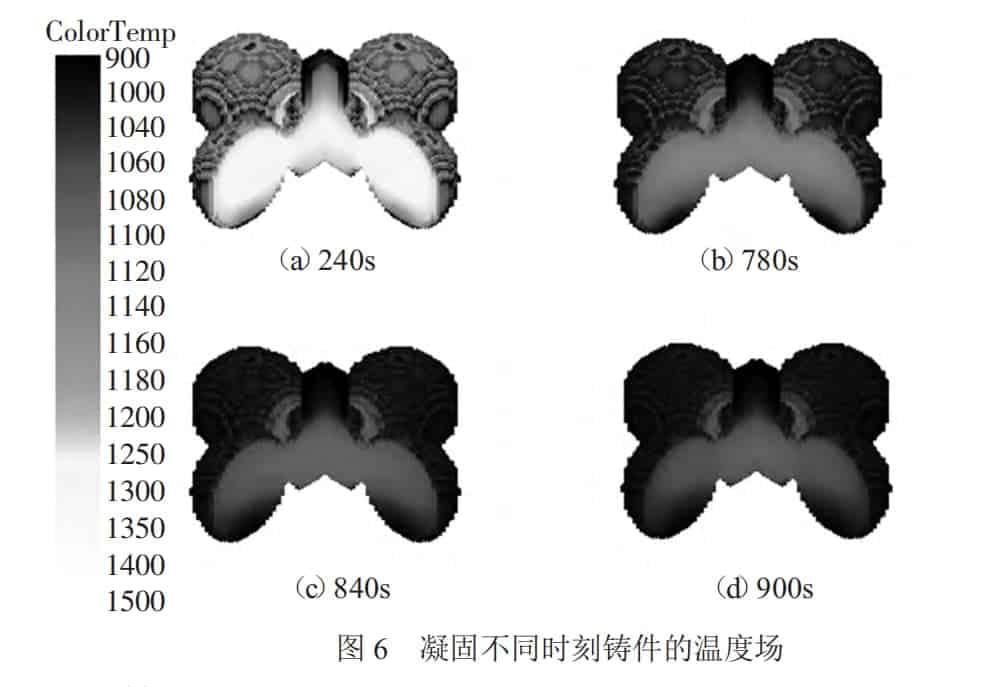 Based on the original casting process analysis and the actual production, the existing casting process can ensure the quality of the cast ball. In order to improve the technological yield of cast ball, the optimization design is carried out under the condition of guaranteeing the quality of existing cast ball. The design of the sprue and die core of the casting system should be changed in order to improve the yield of the casting ball if its size can not be changed.

The die core parameters and sprue parameters were adjusted to reduce the volume of die core and sprue in the whole casting system to increase the ball production rate. The size of the Ingate is not changed to ensure that the metal liquid in the gate can provide enough feeding during the solidification process of the cast ball, so as to reduce the height of the mould core further and optimize the scheme. In addition, the SPRUE is designed as a circular platform body, which is mainly as follows:

(2) In the process of pouring the molten metal, when the molten metal suddenly begins to directly wash the lower part of the inner wall of the cylindrical sprue, as shown in Fig. 7a, the molten metal is flushed directly to point P1 through path a1, due to the strong impact force of the molten metal, it may cause the sand sleeve to collapse and affect the shape and quality of the ball after forming. This will happen more easily when the diameter of the cylindrical sprue is bigger, and the height of the sprue is lower. When the sprue is designed as a circular platform of the same diameter (as d1 = d2 in Fig. 7), and the liquid metal is poured at the same angle as shown in Fig. 7(b), the liquid metal is impinged to point P2 via path a2, the angle is then changed and injected into the cavity via the b2 path, thus reducing or even avoiding the possibility of the bottom of the cylindrical sprue being swept away. 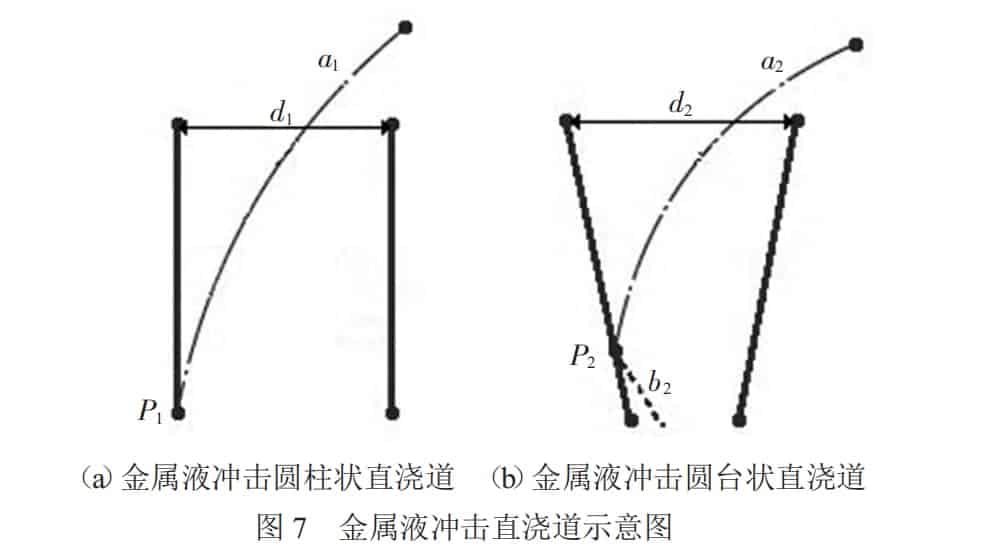 From the above two points of view, it is more practical to design the sprue as a round platform.