Abstract: Through the falling test and chiseling-hammering test conducted with the metal-sand composite mould cast low chromium grinding balls, it was concluded that the peeling phenomenon had occurred with many balls before their early failure. The cracking initiated at the area of interface between the metal mould and sand mould, then the debris peeling occurred, and the debris peeled from the area of metal -the sand interface of the composite mould. By analyzing the fracture morphology of the peeled debris, it was considered that the fracture type of ball debris at the metal-sand mould interface was of the grain-through brittle cleavage fracture. 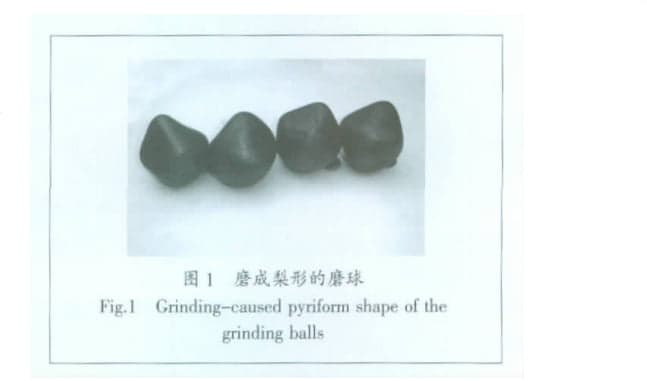 According to the ball mill’s actual working condition, the table-type ball falling test machine is designed to simulate the running form of the ball mill, the main components are the motor, the gearbox, the transmission shaft, and the thick-walled rotating tube. As shown in Fig. 2, the rotating tube’s diameter is 200 mm, the wall thickness is 20 mm, and the revolution is 18 rad/min. The test is carried out by using a bench-type ball-dropping machine. The test is divided into 6 groups, 5 grinding balls in each group, 3 grinding balls of φ80mm, and 2 grinding balls of φ60mm. 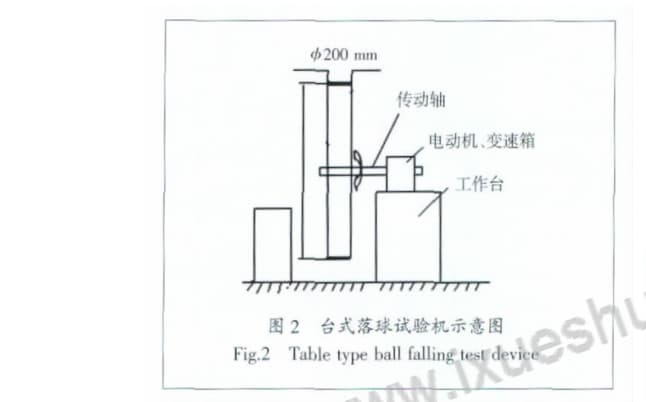 By studying the peeling part’s fracture morphology in the falling ball test, determine the fracture was grinding ball spalling. 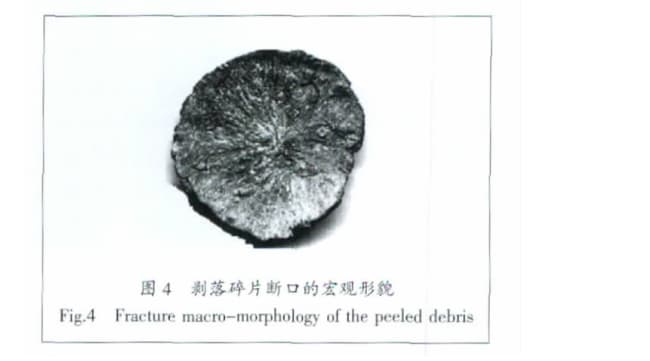